According to the National Crime Research Centre (NCRC), a state agency under the Ministry of Interior:

Meanwhile, media reports have suggested that multiple criminal gangs in Nairobi that have largely been inactive since 2017 have recently started re-emerging, while other established groups are becoming more active. It is noted that this development arrives in the run-up to the 2022 General Election, as observers have suggested that individual political leaders may be actively funding the resurgence of these criminal groups, as well as the formation of new gangs to intimidate their rivals and disrupt political rallies.

As a result of this ostensible resurgence and expansion of the areas of operation of existing gangs, security officials have identified eight ‘red zones’ within Nairobi, which are assessed to be hotspots for activities of criminal gangs. Notably, most of these designated areas have historically been marred by post-election violence, despite their comparably cosmopolitan character. These areas include Kahawa West; Riruta Satellite Area – extending up to the Kawangware residential area – Kibera, the CBD, the Kamukunji area – inclusive of Eastleigh, Makadara, Soweto and Kayole – and Embakasi North.

Kayole, a low-income settlement which is located along Kangundo Road is known to house several organised criminal groups. Three gangs, including Gaza, Yakuza and Smarter, predominantly operate in the area. Gaza, in turn, is believed to partly control the 42 Brothers gang, which conducts robberies at densely-populated bus stops and streets in CBD, before retreating to Kayole. The Yakuza and Smarter gangs reportedly control the Kayole Landfill and impose illegal levies on those who dispose of waste at the site. In addition, Yakuza members have also been linked to highway and bank robberies.

The Gaza gang, initially from Dandora and Kayole Estates, is noted to have spread to Mathare and Umoja Estates in Eastlands, followed by an expansion into Kasarani, Santon, Mwiki and Kahawa, on the outskirts of Nairobi. It is reported that senior members of the group usually manage to evade interception by security forces by escaping to remote areas outside of Nairobi.

In other estates within Nairobi County several other gangs  maintain an operational presence including;

The primary modus operandi of most gangs operating in Nairobi is opportunistic robbery, to escape with quick cash. This includes muggings, carjackings, shoplifting and burglaries. It is noted that corrupt businessmen have been identified as actors behind the gangs, as they often buy stolen property for resale to unsuspecting buyers. The gangs mostly comprise of at least 30 juvenile members, aged 14-26 years old. The members are usually armed with bladed weapons including , machetes, knives, axes and also clubs. However, more organised groups such as Superpower have been associated with the use of firearms as well as weapons trafficking.

Mombasa, the second largest city in Kenya after the capital Nairobi, has its share of criminal gang activity. While Nairobi gangs mainly specialise in  extortion, informal security services and political hires, gangs based in Mombasa are known predominatly for burglaries and street robberies.

A majority of the active gangs reportedly began as football and talent clubs in 2011 and later transformed into organised criminal groups, such as the Wakali Wao gang which was formed in 2011 and later disintegrated into splinter groups following internal disputes. These include Forest Brigade, Wakali Wao, Gaza Brigade, Young Turks, Wajukuu Wa Bibi, Thuglive, Boko Haram (unrelated to the Nigerian Islamist group) and Kapenguria Six.

In recent weeks several media outlets have reported the resurgence of an extortion gang operating at the Likoni Channel in Mombasa. The gang mainly targets public service vehicles (PSVs) and boda-boda riders which pick and drop passengers in the vicinity of the newly-constructed Liwatoni floating bridge. The gang has allegedly been using different names in their efforts to re-establish themselves in the region.

The gang has been reported to operate in six groups and answerable to an overall gang named ‘Liwatoni Floating Bridge Association’, which is linked to extorting cash from the bridge’s users. In the run up towards the 2022 General Elections, security forces have reportedly classified 12 locations as hotspots for criminal gang activity in Mombasa County and identified 26 criminal gangs operating in the locations.

Criminal gangs in Mombasa’s CBD and in estates surrounding the town are known to target pedestrians on the streets from as early as 1900hrs, with attacks reportedly intensifying after 2200hrs. The muggers, who mostly target lone pedestrians, walk in groups of about ten. When they spot a potential target, they divide themselves in two or three groups depending on the vulnerability of their target. Some gangs operate around Marikiti, Posta, Saba Saba, along Nkrumah Road and Nyali Bridge. The criminal gangs, mostly composed of youth aged between 14 and 24 years old, also operate in Old Town, Kisauni, Nyali and Bondeni.

Two gangs, Wakali Kwanza and Wakali Wao, account for most reported incidents. The gangs are said to target lone pedestrians, motorists stuck in traffic and civilians travelling along poorly lit streets with limited escape routes. The criminals are oftentimes armed with bladed weapons which include machetes as well as knives and in isolated cases, firearms.

Wakali Wao and Wakali Kwanza have been reported to have the largest memberships, and are also reportedly used by political leaders. The territory of the two gangs extends from Likoni to Kisauni, Nyali, Kizingo, Mbaraki, Shimanzi, Tudor and Makupa areas.

Other notable gangs operating in Mombasa include; 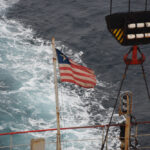 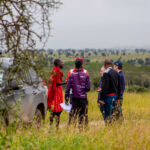 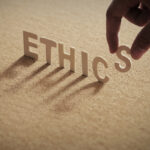 We use cookies to give you the best experience on our website. Details of the cookies used and how to change your preferences can be found in settings. 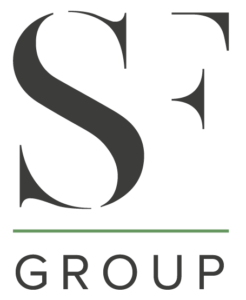